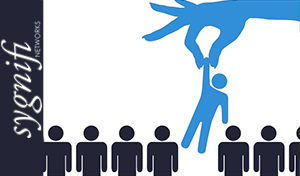 If you think social media is mainly for entertainment, think twice. In 2015, an increasing number of recruiters will be using social networks for various recruitment-oriented purposes – and candidates will finally realize that their online profiles should add to their professional narratives and reflect their career goals.

A recent survey by Jobvite demonstrated that 73% of hiring managers planned to invest more in their presence on social media, indicating that social media will be more important to the job market than ever. Here are 5 social recruiting predictions for 2015.

There’s no doubt about it, the global mobile scene is growing. Mobile apps and platforms will also become more important in recruiting, where both hiring managers and candidates will use an increasing number of tools to render the application process mobile-friendly.

Recruiters will make sure to use social media to advertise job postings and feature links to mobile-friendly websites where candidates can apply directly. Candidates, on the other hand, will use the LinkedIn mobile app to catch up with the job market on the go.

2. The rise of LinkedIn

The Jobvite survey revealed that as many as 79% of recruiters actually found a hire through LinkedIn. Around 94% of hiring managers use LinkedIn in their daily practice and it’s likely that this number will increase in 2015 as more recruiters will seize the potential of the network.

LinkedIn is a professionally oriented social network and candidates can use their profiles and activity to become more attractive. By keeping their accounts active, joining various groups, interacting with other professionals and posting content of value , candidates can improve their chances at getting head-hunted.

2015 will be the year in which more recruiters than ever will finally realize the potential of social media in passive recruitment – attracting candidates who aren’t on the lookout for a job. Social networks are simply passive candidate talent pools and hiring managers won’t hesitate to use them for sourcing and engaging valuable talents. Candidates will treat their profiles seriously and be more cautious when it comes to their activity on social media.

Social media meeting recruitment is not just about LinkedIn, but other networks as well. When hunting for talents, 60% of recruiters admit considering Facebook as a source of relevant information about a candidate. One look at a Facebook profile gives an idea about their background, culture, professional approach and personality.

Slightly less – about 50% – of hiring managers will choose Twitter to do this task. Twitter is actually more job-oriented than you might guess. Many professionals use it to interact with influencers or employers and build their status as thought leaders in their sectors.

In 2014, almost 50% of recruiters claimed to use Facebook for posting job offers. In 2015, this trend will develop further to include Twitter as well. Companies will use their social media channels to build their reputations as attractive employers and post relevant job postings that might catch the eye of their audience.

2015 will be the year of radical changes in how people use social media. Social networks will no longer be about entertainment and socialization only, they will become an integral part of the job market, used by both recruiters and candidates to help them build their status in online communities and achieve their career goals.